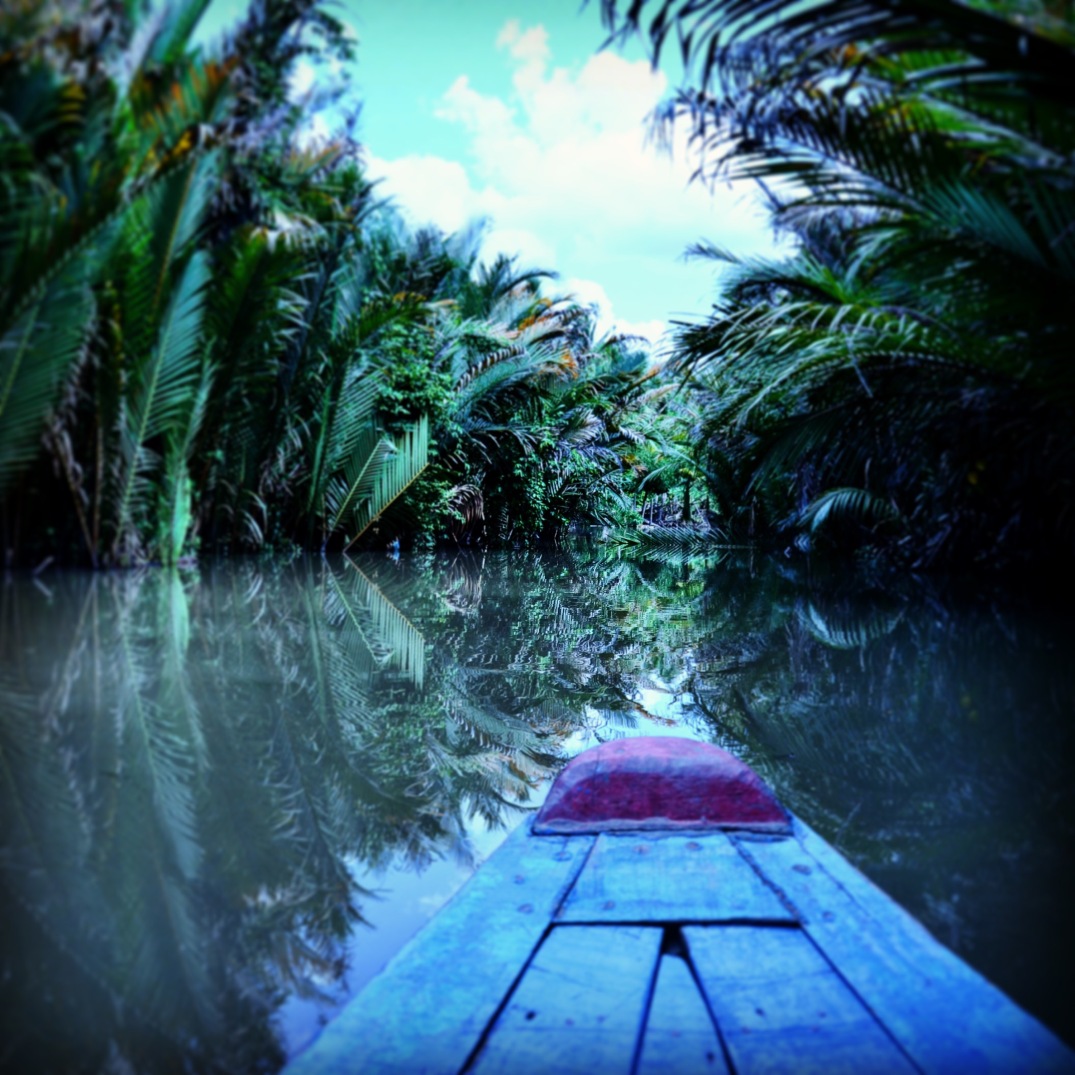 After experiencing the chaotic, narrow streets of Hanoi earlier in my trip, I set off for Saigon, or Ho Chi Minh City as it is now named in honour of the late Vietnamese Socialist leader, in anticipation as to what I might find. I’m not sure if it is because I have become accustomed to the craziness of the motorbike filled streets during the rest of my trip through Vietnam, but Saigon didn’t feel nearly as chaotic as it had been described to me. For sure it was busy, day, night, crack of dawn, whenever, but it seemed as though there was almost a method to the madness.

Most of the site seeing I did here involved the city’s history and relevance in the American war, visiting the war remnants museum and the independence palace. The war museum was fascinating really, although hard reading and listening. It gave an honest, but I think it’s fair to say biased, insight into the horrors of the war. The majority of the exhibitions were focussed on American war crimes, including torture and the innocent killings of many Vietnamese civilians, as well as the lasting damage today, with first and second generation evidence of the horrific damages caused by the use of chemical weapons – mainly agent orange.

I found the photojournalism section very interesting, it must have been crazy to see near real time photos and videos right in the heart of the fighting on the screens back home. I feel like it was a different kind of journalism to what we see in today’s wars, perhaps mainly due to the nature of the fighting back then.

The independence palace is a pretty ugly building really, but showed the site where two bombs were dropped on the palace by a socialist fighter pilot, basically marking the end of the conflict as Saigon finally fell to the socialists.

I also took a day trip to the Cu Chi tunnels, and saw the gruesome traps set for the Americans by the Vietcong fighters. There guerrilla soldiers that fought in these tunnels were largely born from areas where the Americans had wrongfully destroyed towns, villages and communities. They were Northern rebels fighting in support of the socialist regime, just fighting for their own survival.

The traps were mainly trap doors lined with various spiked contraptions that would impale the unlucky soldiers who were caught. The tips of the spikes were also laced with poison from the cu chi tree, making death a certainty. I went into one of the tunnels – nicknamed Burger King tunnel, as it had been enlarged for the sake of western tourism. I had a hard time fitting in there (because of my height, not width I should add) but even still there were points where my shoulders touched both sides. I went through in a squat type walk and at times had to get onto hands and knees. I’ve never felt chlostraphobic like that before, and exited at the first chance rather than going all the way through. It is madness that the Vietcong lived in these tunnel systems for a matter of years, with larger areas dug out for living quarters, kitchens etc. The tunnel system spreads over 280km in length all the way into Cambodia.

Whilst in Saigon I took a trip south west to the Mekong a Delta area. This is where the Mekong river finally spills its riches into the Gulf of Thailand, with the river spreading into dozens of smaller rivers and estuaries, through many towns and cities in the south.

I got a real taste for the authentic lifestyle in the south of the country, visiting family businesses including, fruit farms, rice noodle manufacturing and even caramel confectioners. I have to say the coconut caramel I tried were some of the nicest candies I’ve ever had. We learnt about how the locals make fresh water out of the muddy river water to cook with and also had a brief lesson on the Vietnamese language.

The final visit in the Mekong Delta was to the daily floating markets, where the locals go, and living on their small boats for days at a time until all their stock is gone, trade their goods with all the other local farmers. They then sail on back to their respective towns and villages, and return to the markets once they have sold their new stock at home.

Saigon was amazing, a black hole that could have sucked me in for days, or weeks, with its endless offerings of places to see, fun to be had and things to do, but my visa is running out, and I have one more stop to make before leaving the country.