I caught a flight to Hanoi and prepared to be thrown back into the madness of another of South East Asia’s big cities. I had to fly in due to how I’d prepared my visa, but even with the expense of flying, it sounded like a much better alternative to the 30 hour bus ride from Vientiane. I’d been a bit worried about my visa as I’d sorted it online rather than going to the embassy, but I was put at ease before I arrived in Hanoi when someone told me they hadn’t bothered with a visa at all, but was able to gain entry into Vietnam with the help of an extra “administration fee”. It turned out my visa was fine and I was able to escape the necessity of a bribe. It seems everything can be bought out here.

After finding a hostel, I went out in search of Bia Hoi Corner – an infamous area (not just one corner as I thought when I first got there) where the local beers are served for 5000 Vietnamese Dong (approx 15p). When night falls in Bia Hoi Corner, all the shops bring out small plastic seats and a few kegs of beer onto the streets and usher passers by to sit down. It’s not legit at all, and come midnight, the police roll round in army trucks to try to shut the area down. When this happens the party doesn’t stop, anyone drinking has to jump up and all the small plastic chairs are just thrown into the nearest alley way. The police can’t disperse the crowds as they’re not doing anything wrong, so once the truck moves on, the chairs come back out and everyone carries on. This all got a bit annoying the fourth time the police came round, so I decided to call it a night.

I’d planned the next day to go sightseeing. It seems Hanoi is more of an eating and drinking city, rather than having any particularly renowned landmarks. I took a taxi from the old quarter where I was staying, west to where Ho Chi Minhs royal complex is located.

The main feature here is Ho Chi Minhs mausoleum, inspired by Lenin’s Mausoleum in Moscow. Ho Chi Minh’s wish was to be crimated after death, but his embalmed body is kept in the mausoleum, similar to some of the other infamous communist leaders of the past. Apparently the mausoleum was ranked the 6th ugliest building in the world a few years ago, but I didn’t think it was all that bad.

Much of the royal complex was shut to the public, with even photos banned outside the gates of the complex. I still managed to get a few. After this disappointment, I headed to the park on the way to the Vietnamese National History Museum. Earlier I’d been to the National Military museum. Unfortunately, neither were particularly informative, and the latter seeming to only tell one side of the story…many of the displays consist of small, broken pieces of Vietnam’s past, with a simple explaination beneath.

Hanoi is still a vibrant and charming city, although I don’t feel as though I need to spend any more time here. I have become accustomed to their busy, motorbike filled streets (that will prepare me well for when I reach Ho Chi Minh City in a few weeks time) but am ready to move on. 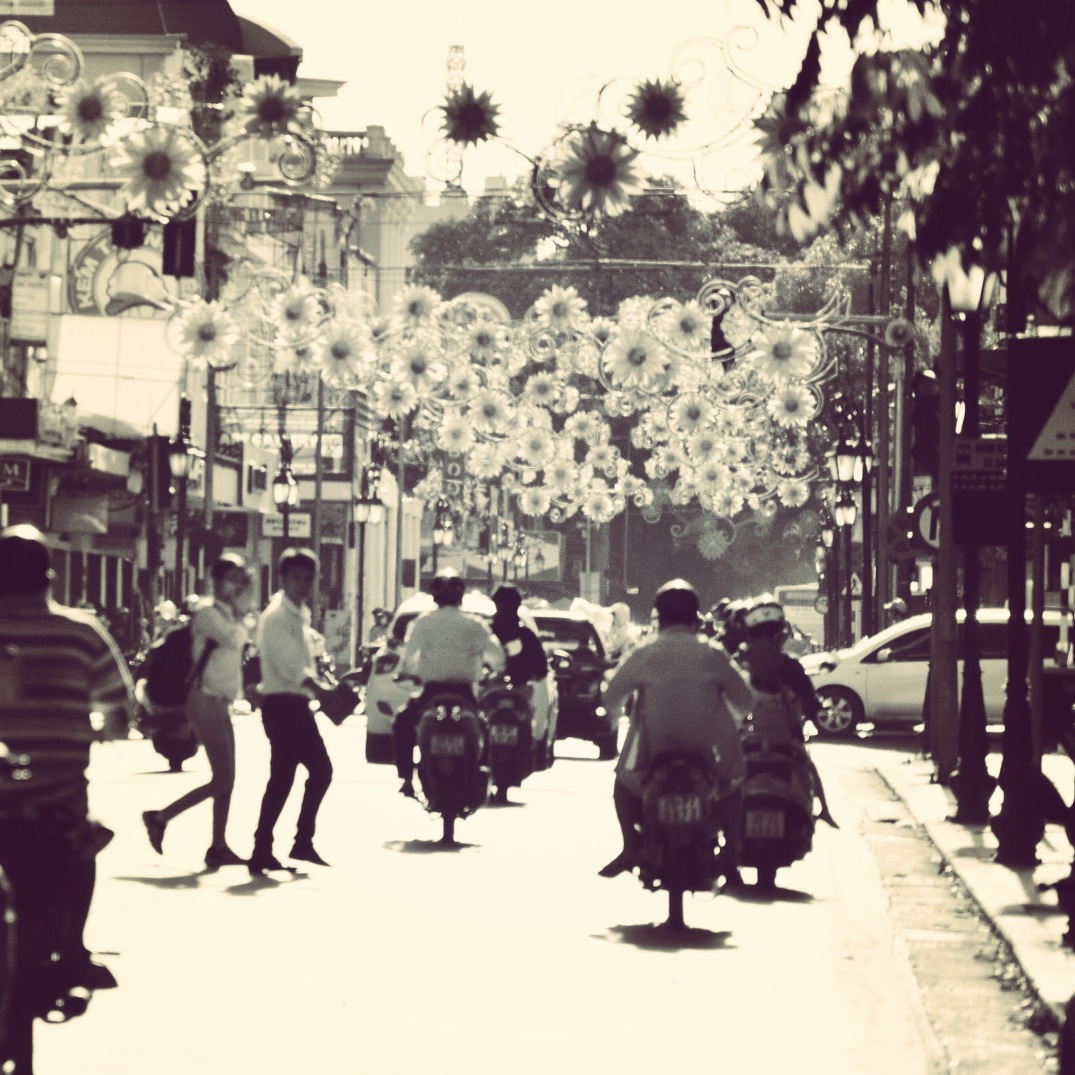